When did the wild west style birthday party become popular?

I’d say it began from 2016 and still sounds to these days. The awesome lithography and artwork move people mind to pick it as birthday party theme, especially for kids. I don’t if it’s true or not, but, a friend of mine, Andy, he lives in Oregon, where it’s considered as the place that cowboys were ruling back then, “We still have fun cowboy birthday theme here” he said.

What makes them great? It’s better to judge when we know and see how it’s done by people. So, grab a cup coffee now and see this ones. 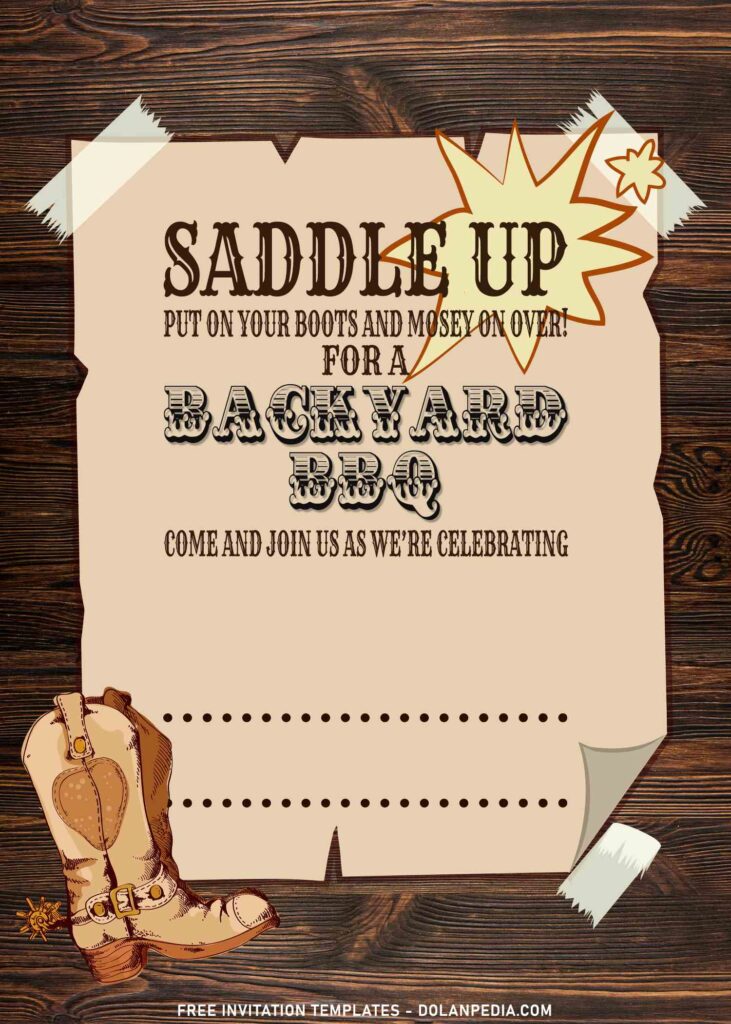 The invitation has its own territory encompassed by main, second and third layer. First thing first, this 11+ Saddle up Backyard BBQ themed invitation has wood texture covered its main layer. It’s dark ebony wood and it goes well with the second layer where I put torn paper. 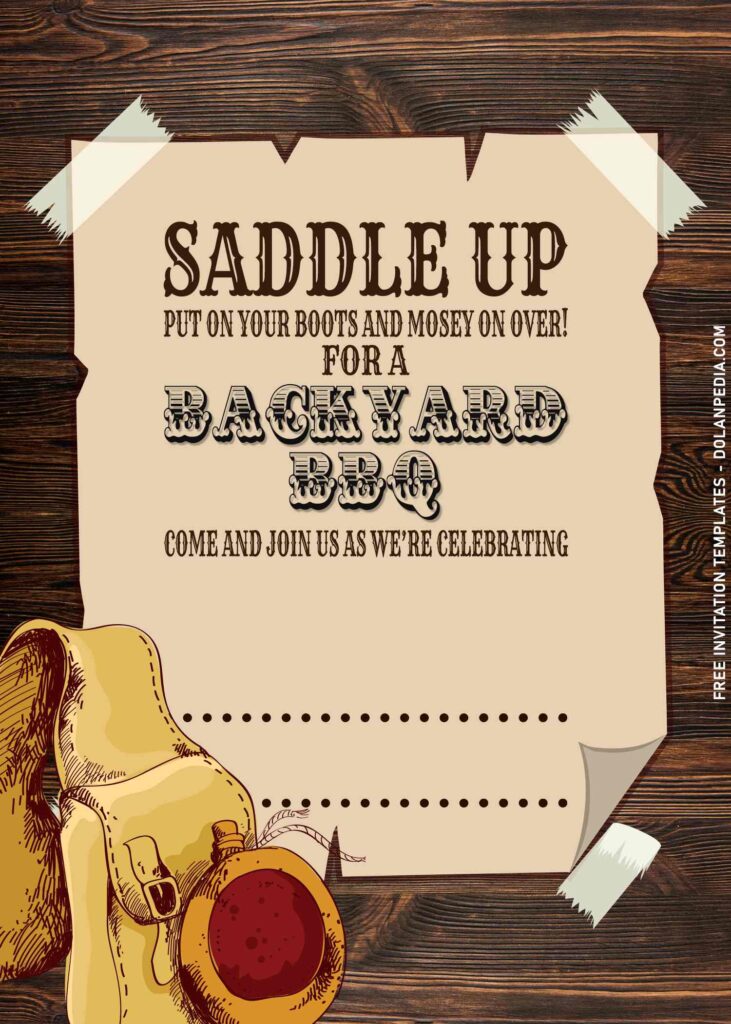 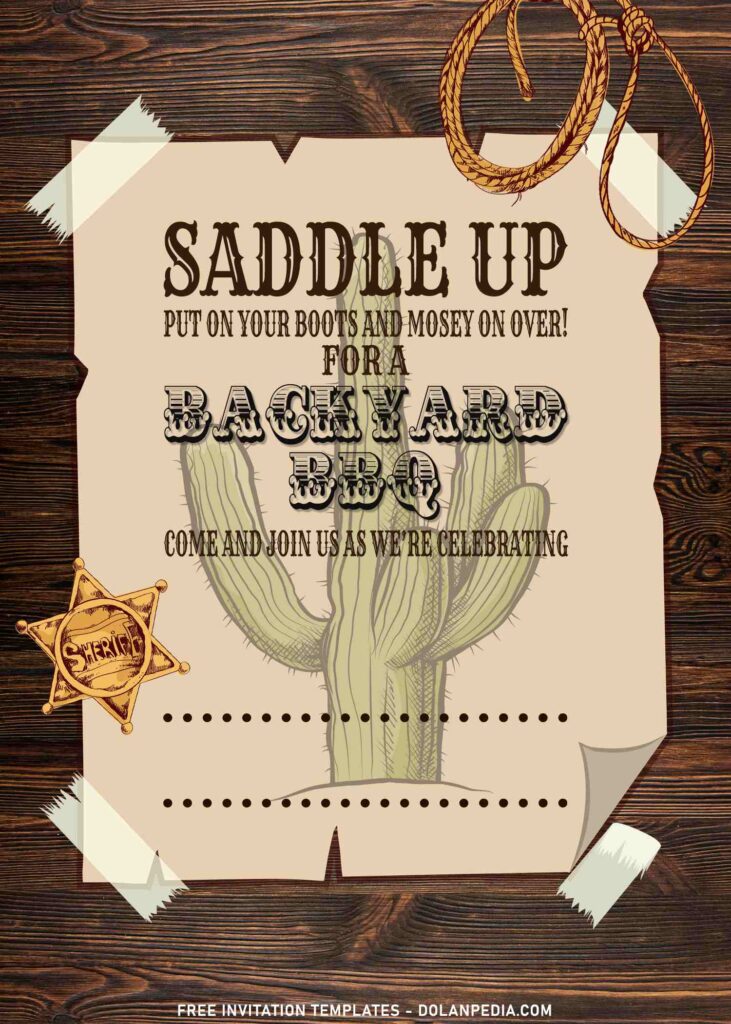 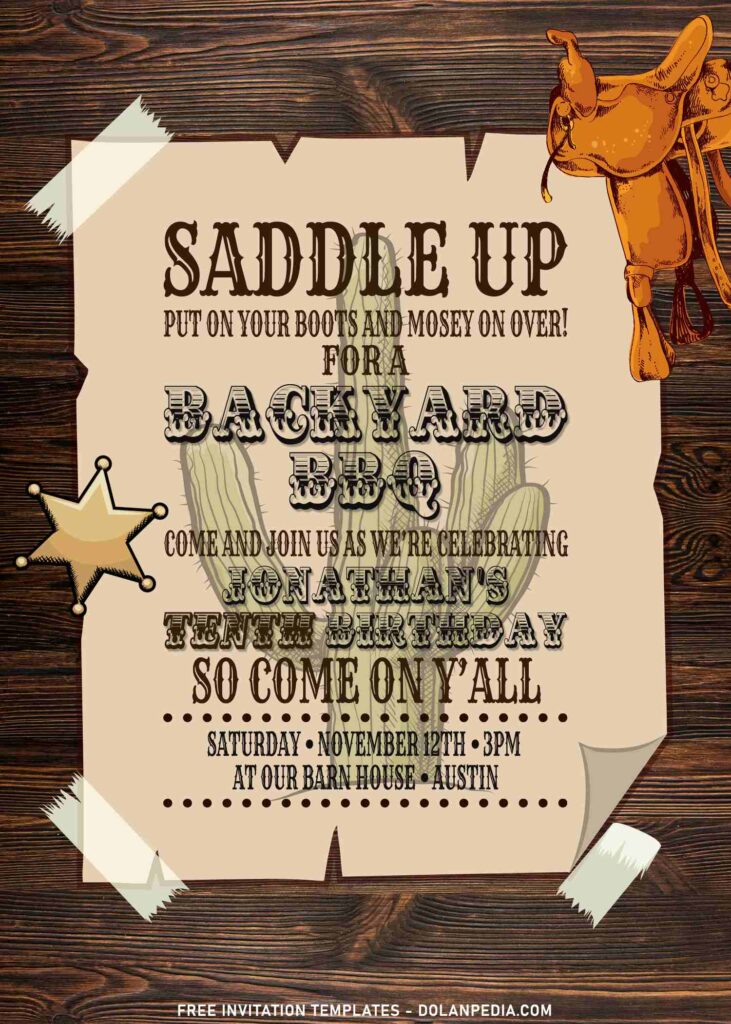 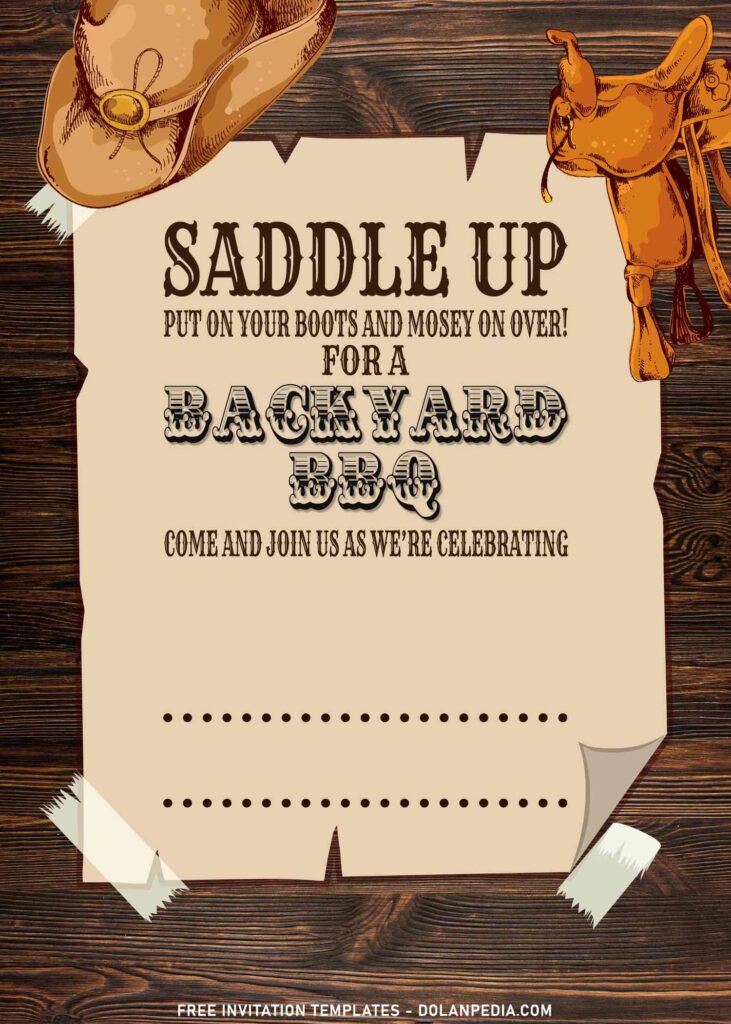 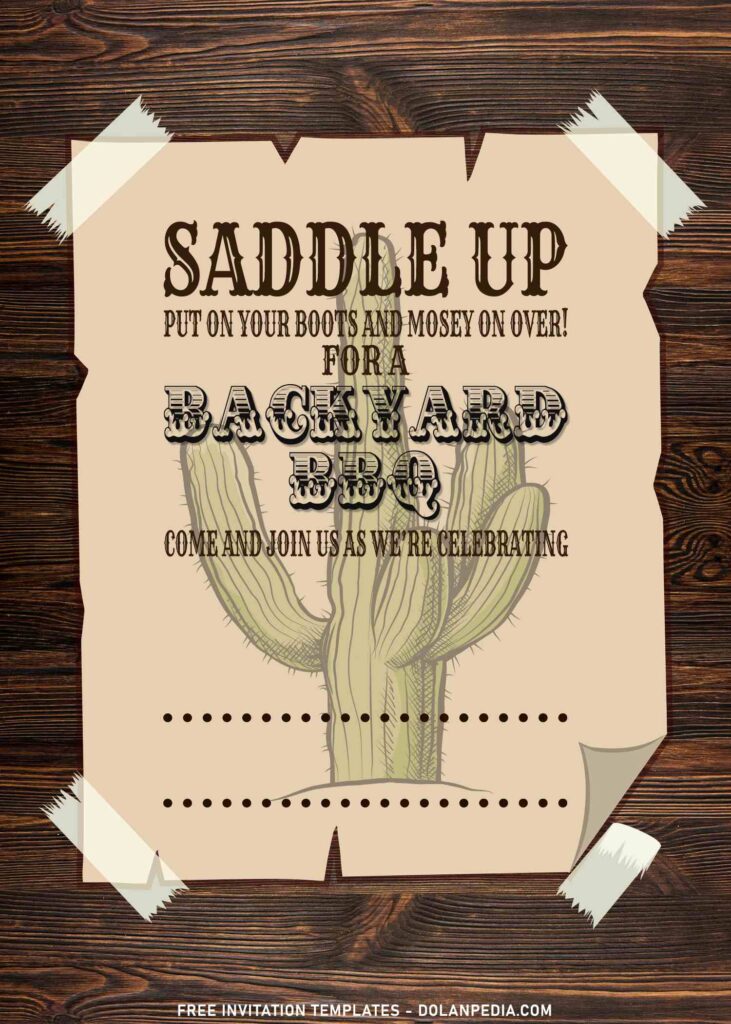 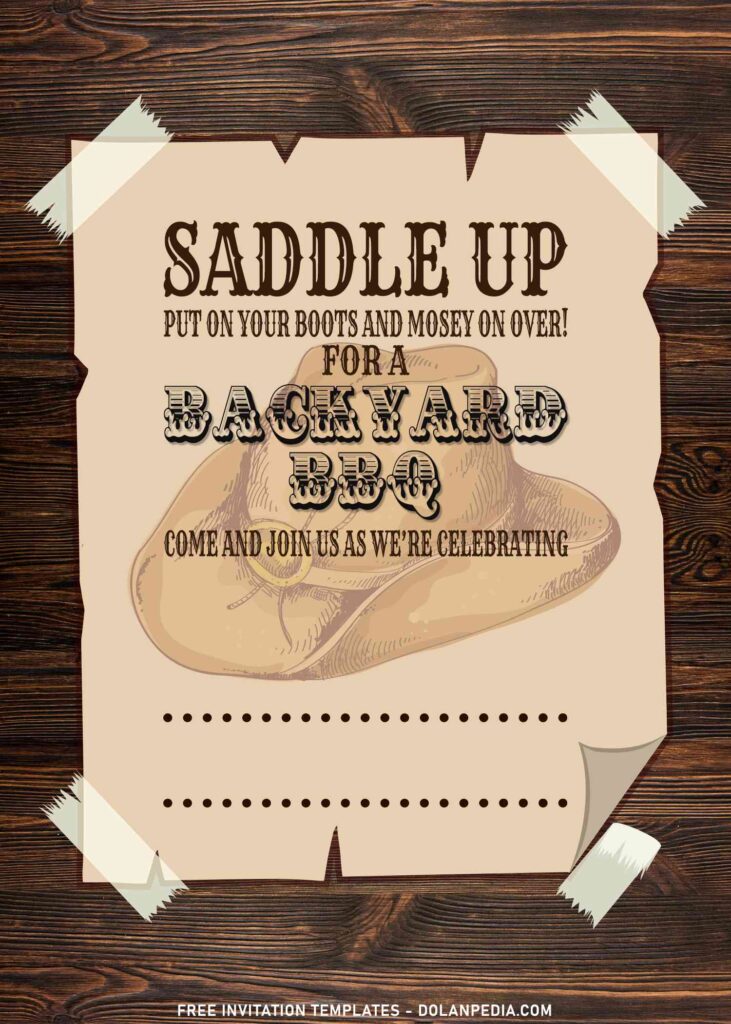 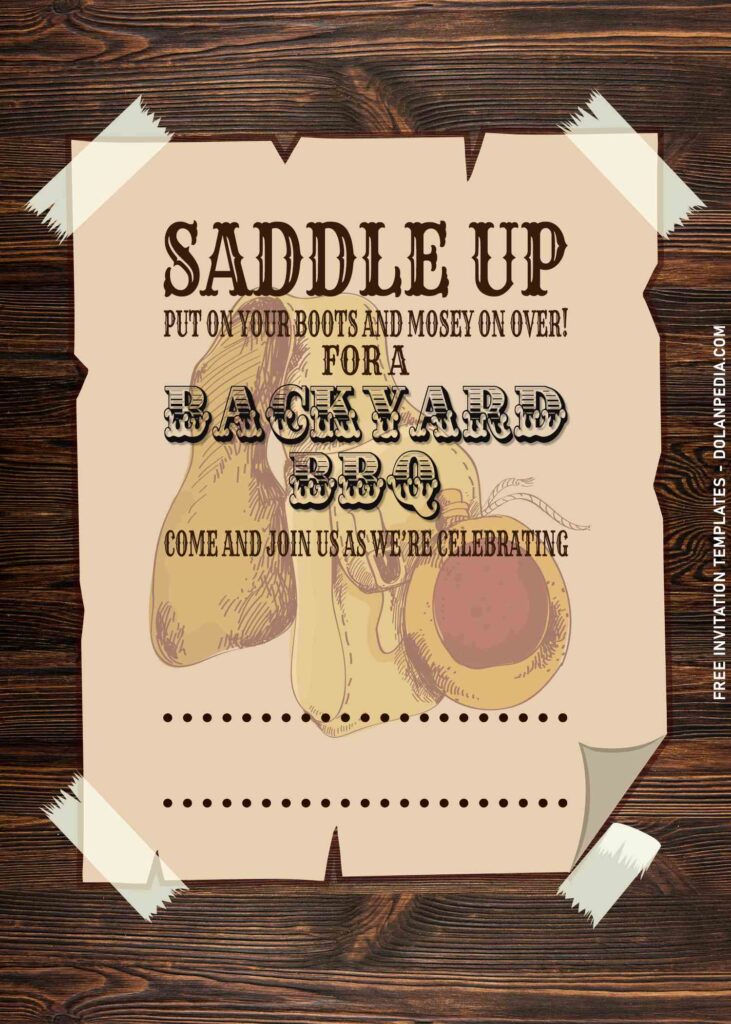 For the most part, the interesting graphics were placed here, in the second layer, like the awesome wording which says “Saddle Up … Put on your boots and mosey on over! For A Backyard BBQ ….”. Despite that, you also got other stuff that’s inspired by the great Wild West such as the saddle (of course), sheriff badge, cowboy’s hat, boot and many more. 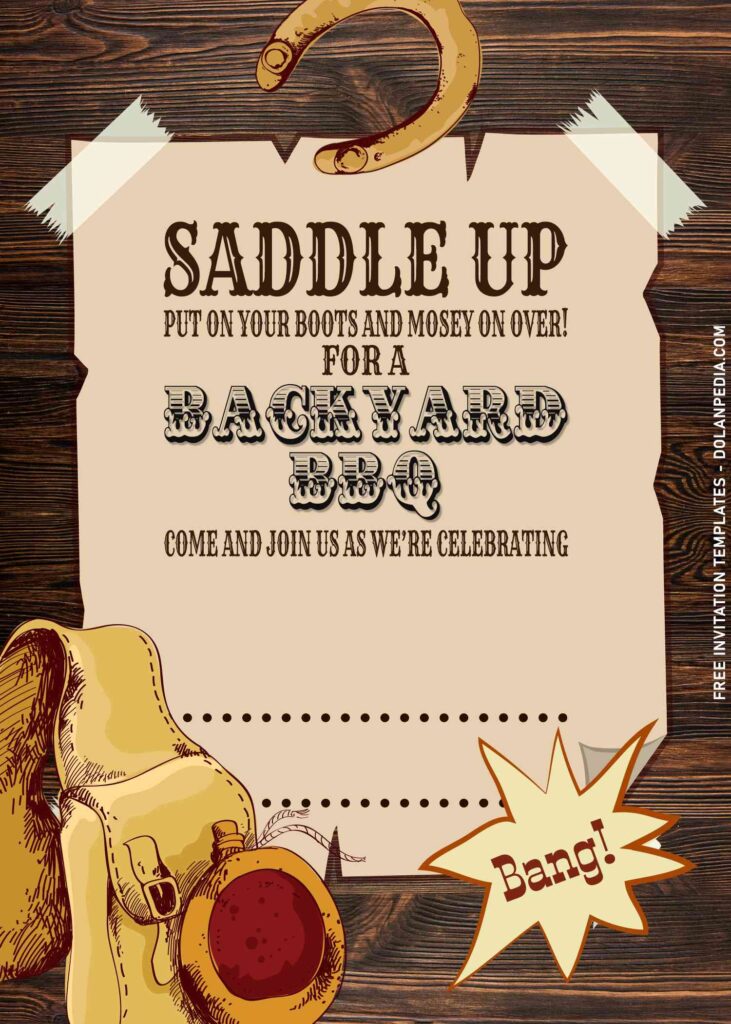 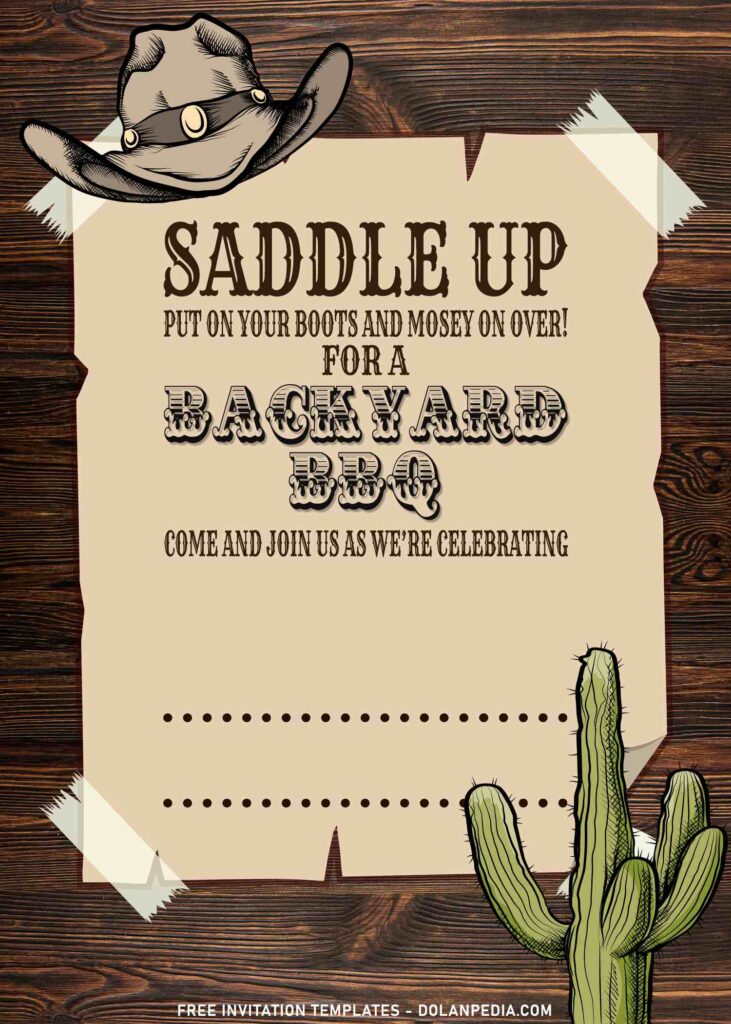 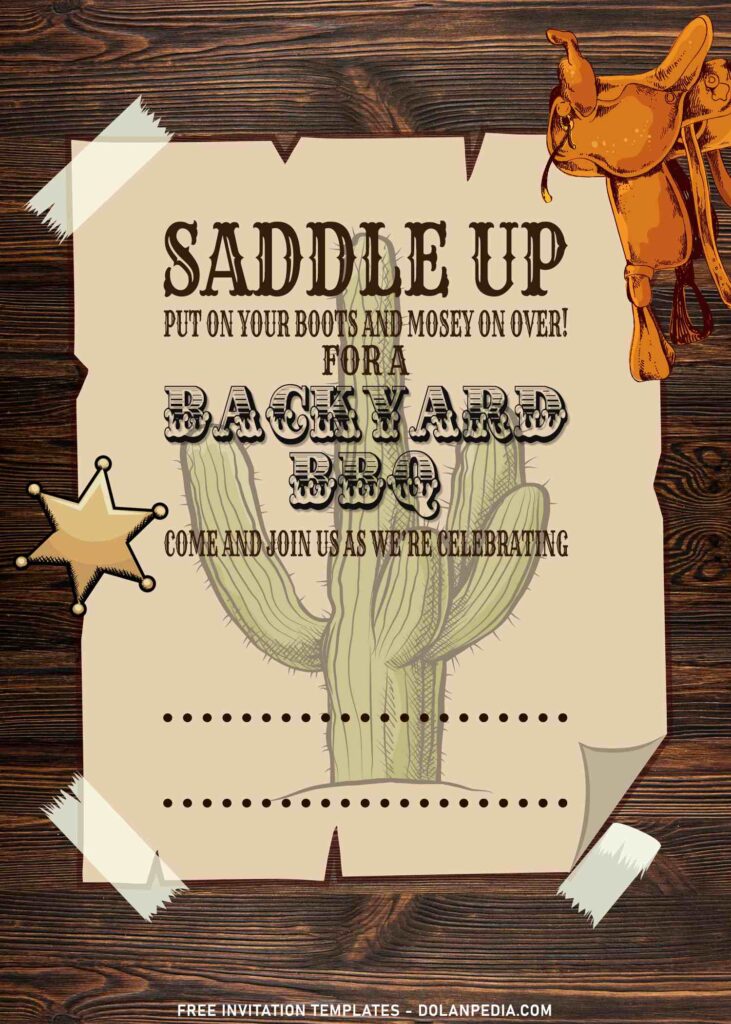 If you’re ready to keep it as yours, you may need these following simple instructions,

Since many of you were asking about “which paper should I use?”, I’m going to give you a little explain about it. Actually, it all depends on what occasion you are going to have. If it’s for your kid’s birthday, I think cardstock paper is more than enough for you, it does have great durability as well as better finishes.